One of the most commonly used contact forms for WordPress is Gravity Forms. OOPSpam WordPress plugin already supports Ninja Forms. However, we got many requests to integrate Gravity Forms as well. Google Trends also shows that many people search for Gravity Forms than Ninja Forms. So, it was an easy decision to move forward with this integration. 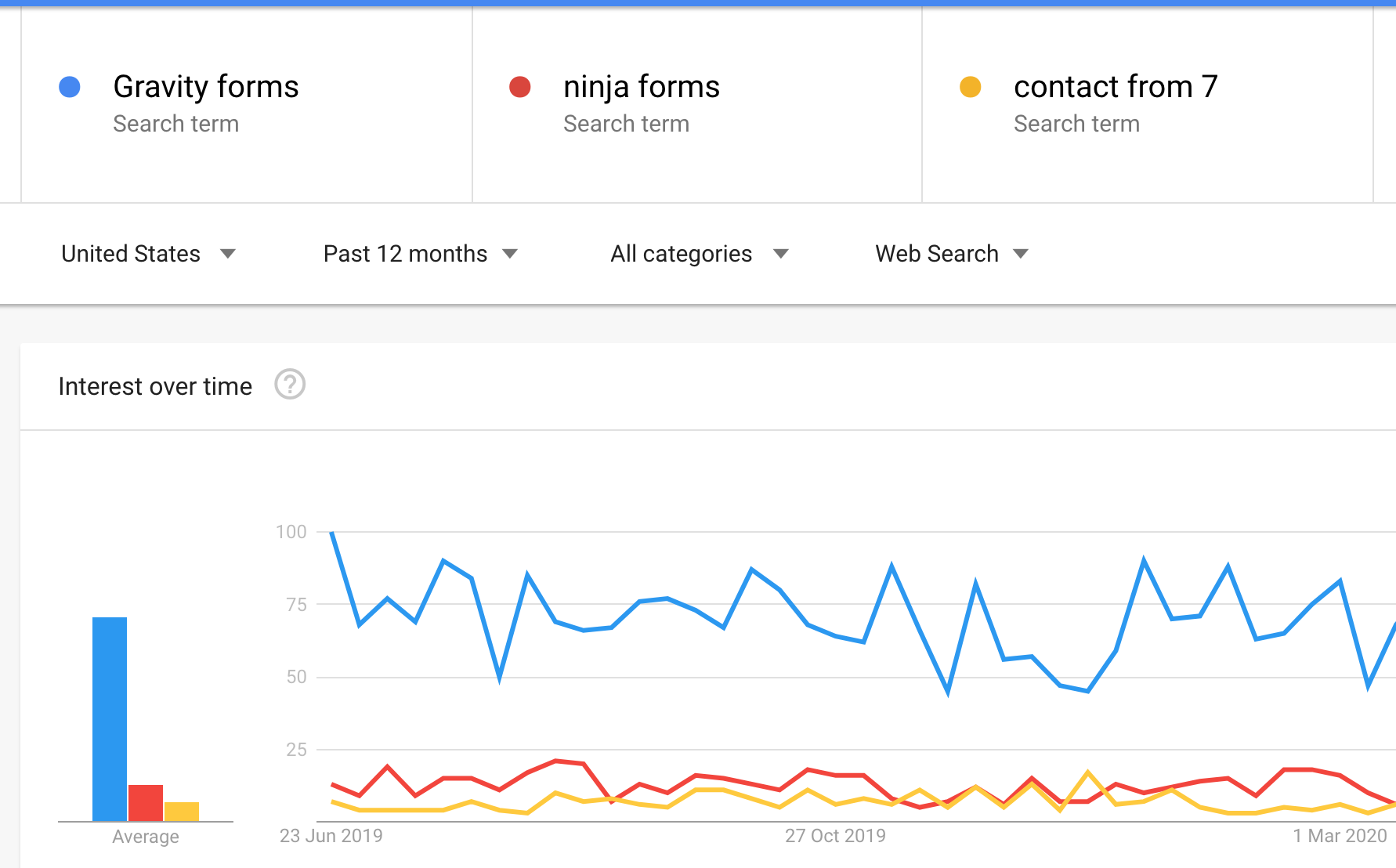 Unlike Ninja Forms and other form submission plugins, Gravity Forms is a premium plugin meaning there is no free version, and it is not available on WordPress plugins directory. You have to get it through their website.

In addition to Gravity Forms integration, we added a setting “Consider short messages as spam”. This allows messages with less than 20 characters to be considered as spam.

ℹ️ Since this release, we updated our plugin with the following changes:

Go ahead get an OOPSpam Anti-Spam key and install the OOPSpam WordPress plugin.

Have a spam-free day!